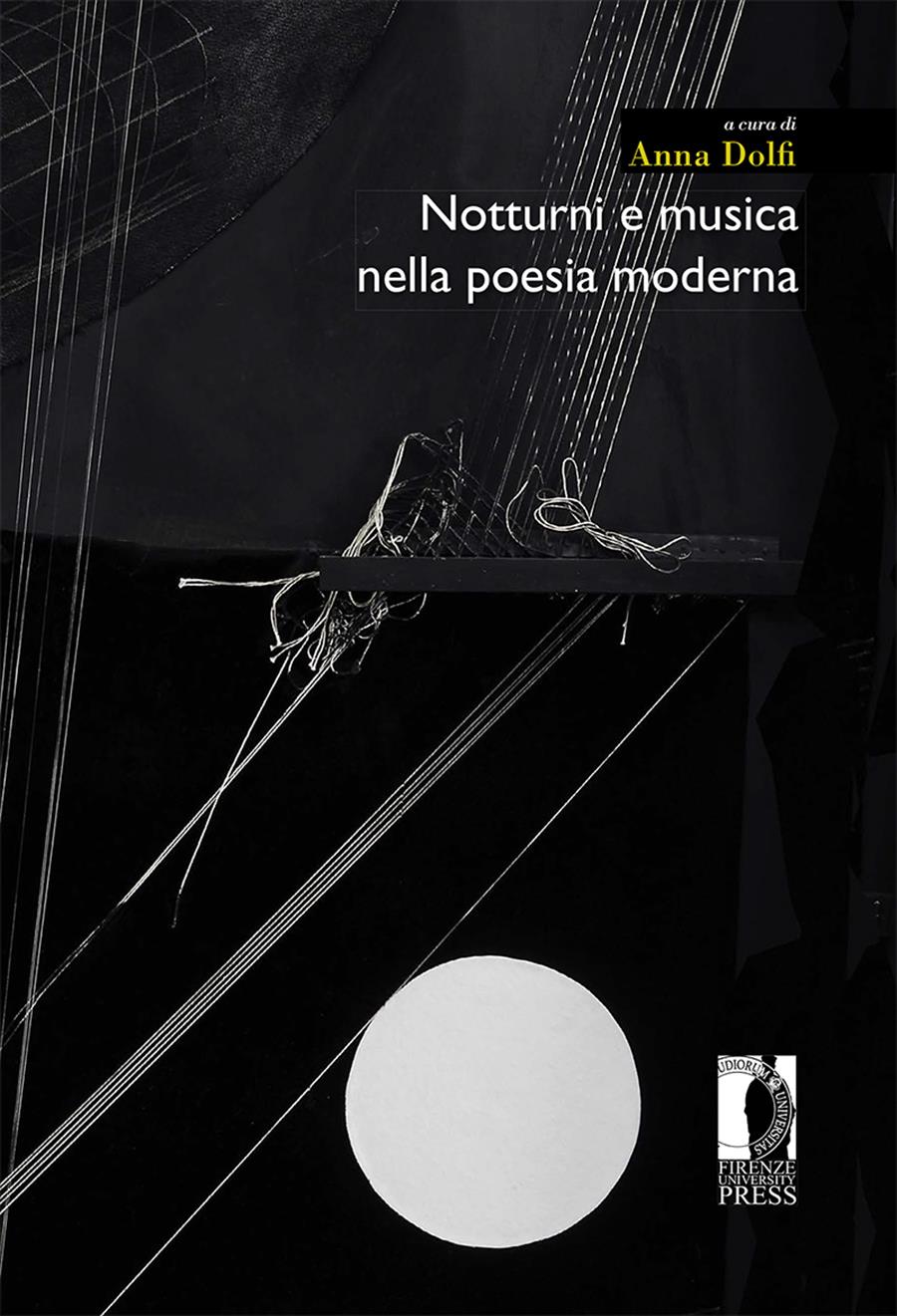 What is the night? How can we define it and mark its edges? The gaze of those observing it is more or less mobile; does the night maintain its function as a frame? How does the difficulty to see clearly favour the artistic invention, the wondering on the infinite and death, the questions on the imaginary, the dream, the memory and the oblivion? Anna Dolfi started from questions like these in devising a book of great novelty and suggestion which, between nocturnes and music, wonders how literature, painting, cinema, opera, popular traditions and songs have narrated about blindness and vision, obsession and fear, or said nights were "tender", desperate, sublime, mysterious and mystical, told about nights of 'sickness', of repairing nights, white nights and sleepless nights, when the attempt is to resist while creating in order to challenge the breaking of dawn. The icon of Mozart’s Queen of night, together with that of Schönberg’s Pierrot, has accompanied about fifty Italian and foreign scholars and young researchers in an almost backlit way; they started from the 18th century and from Ossian's songs, continuing along a European night-themed path supported by theorists (Nietzsche, Bachelard, Jankélévitch...) and music (Mozart, Chopin, Schubert, Schumann, Fauré, Debussy, Britten...), and have worked on Novalis, Hölderlin, German Romanticism, Rilke, Celan, Müller, Hugo, Chenier, Baudelaire , Proust, Cocteau, Bonnefoy and many others, declining the Italian nocturnes from the graveyard elegies of Pindemonte to Leopardi, Di Giacomo, D'Annunzio, Onofri, Campana, Saba, Ungaretti, Sbarbaro, Montale, Penna, Pavese, Gatto, Caproni, Luzi, Bigongiari , Fortini, Jacobbi, Ripellino, Pasolini, Giudici, Rosselli, Sanguineti, De Signoribus, la Anedda, Magrelli and such. The work opens with unpublished Portuguese texts by Ruggero Jacobbi, and with verses and translations of De Signoribus and Vegliante. Starting with Donizetti’s night, the volume comes to the night of different Italian singers and songwriters (De Gregori, Dalla and more), pushing the limit of electric nocturnes which, through poetry, reveal the urban glimpses of a tormented society between the end of the century and the beginning of the millennium.

Anna Dolfi is Professor of Modern and Contemporary Italian literature at the University of Trento and the University of Florence, as well as a member of the Italian Lincean Academy. She is among the major scholars of the Italian poet Giacomo Leopardi and his followers, and of fiction and poetry of the 20th century; she designed and edited comparative volumes dedicated to the "forms of subjectivity" on the themes of the journal intime, epistolary writing, melancholy and melancholy illness, neurosis and madness, alterity and double in modern literatures, and collections on the theme of stabat mater, on writers' essays, philosophical reflection in fiction, the unfinished, the Proust’s myth, real and imaginary libraries, relationship between literature and photography and between Judaism and testimony.
More About the Authors Close