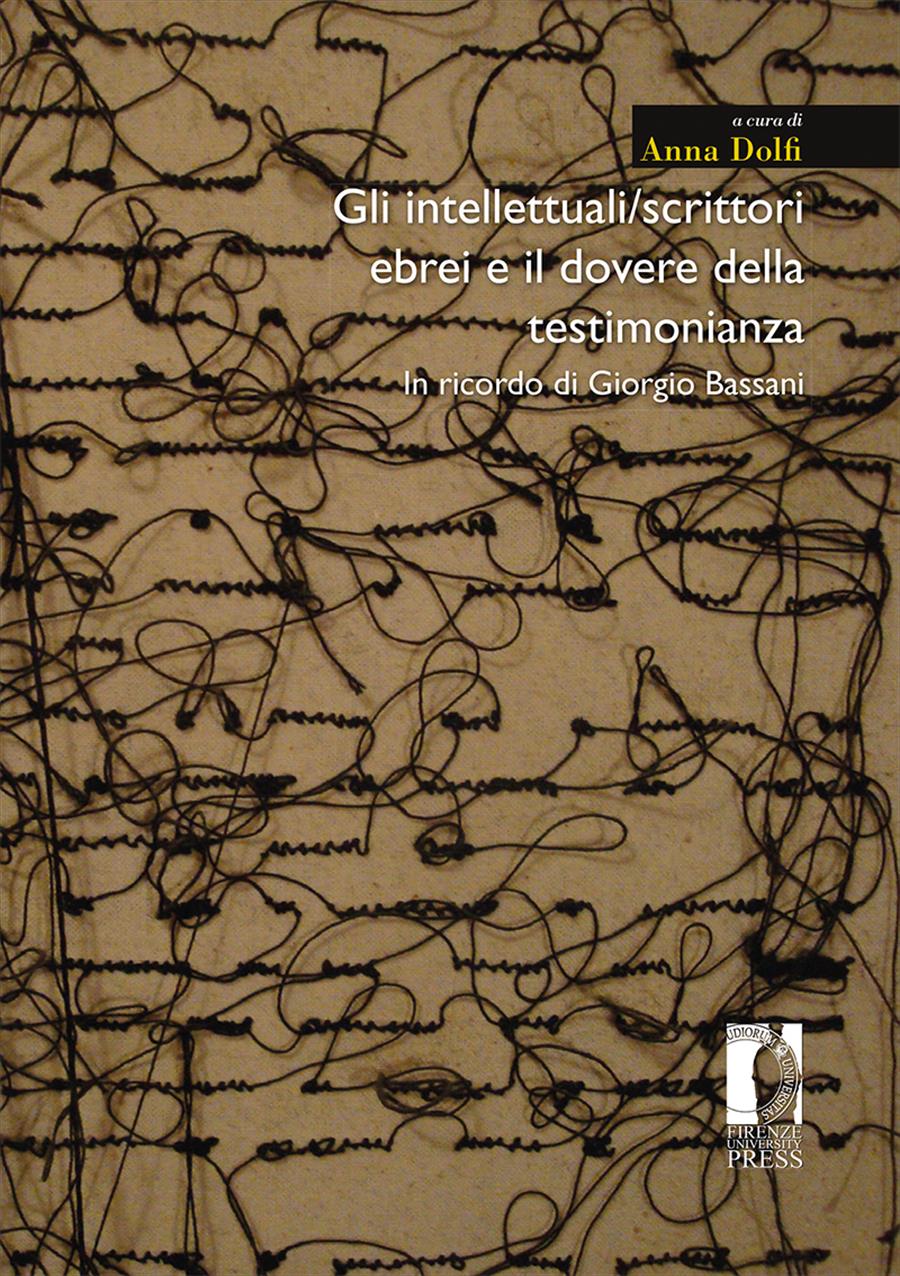 “A humanity that forgets Buchenwald, Auschwitz, Mauthausen, I cannot accept it. I write for us to remember”: this was Giorgio Bassani’s answer to anyone who asked him about the origin of his writing. Guided by these words, Anna Dolfi has woven a fabric of suggestions that have pushed Italian and foreign scholars and even some protagonists to reflect on narrators, poets, essayists, historians, philosophers, publishers, artists, who have been induced by the history of a difficult affiliation to a sort of fatal, testimonial moral duty. The result was a book of great novelty for style and reading proposals which, starting from the ancient Jewish tradition, from legends relived in a political and libertarian key, after the Romanticism and the German 19th Century, brings to the fore the modern voices of European and North American literature/culture, and of the Yiddish and Eastern tradition. The names of the great Jewish intellectuals of Central Europe are recurring: Canetti, Schulz, Döblin, Antelme, Wiesel, Sebald, Oz, Grossman, Nelly Sachs, Irène Némirovsky..., among the Italians those of Loria, Natalia Ginzburg, Giacomo Debenedetti, Cesare Segre..., but especially Giorgio Bassani and Primo Levi who, in order to keep the memory of the tragedy of persecution and the Shoah, have chosen to place their entire work “entre la vie et la mort”. Eventually, all this leads to remembering how the duty to testify is linked to the affection and work of mourning, to the lasting effect of an immediate wound that nourishes the connection between the truth of what happened and what one might call the “truth of creation”, le vrai du roman.

Anna Dolfi teaches Modern and Contemporary Italian Literature at the the University of Florence, and is a member of the Accademia Nazionale dei Lincei. She is among the major scholars of the Italian poet Giacomo Leopardi and his followers, and of fiction and poetry in the 20th Century; she conceived and edited comparative volumes dedicated to the "forms of subjectivity" on the themes of the journal intime, epistolary writing, melancholy and melancholy illness, neurosis and madness, otherness and double in modern literatures, and collections on writers' essays, philosophical reflection in fiction, the unfinished, the Proust’s myth, real and imaginary libraries, relationship between literature and photography and between Judaism and testimony.
More About the Authors Close